Together with technology partner Kapsch BusinessCom, the entire WLAN infrastructure of Messe Wien has been raised to a new level. Peter Hanke, City Councillor for Finance, Economics, Digitalisation and International Affairs, witnessed the kick-off for this groundbreaking technological innovation as special guest at Messe Wien on the 19 October.

The Messe Wien Exhibition & Congress Center now sets the tone offering free WIFI 6 access for more than 25,000 visitors simultaneously throughout the venue, with data transfer rates of up to 20.000Mbit/s. Be it smooth live streaming at virtual events or live voting at analogue events, WIFI 6 offers top speed for anybody. Messe Wien Exhibition & Congress Center once again sets new standards in Austria, but also in the international comparison. Compared to WIFI 5, every single user will surf up to nine times faster – even free of charge at Messe Wien. Especially with many people access the WLAN with more than just one device, WIFI 6 shows significantly better availability, allowing more devices to access a single network at the same time. Another technological enhancement is the stronger reliability of the network connection when using IoT-devices. Larger data streams can be processed simultaneously – perfect conditions for the organizers of the future. 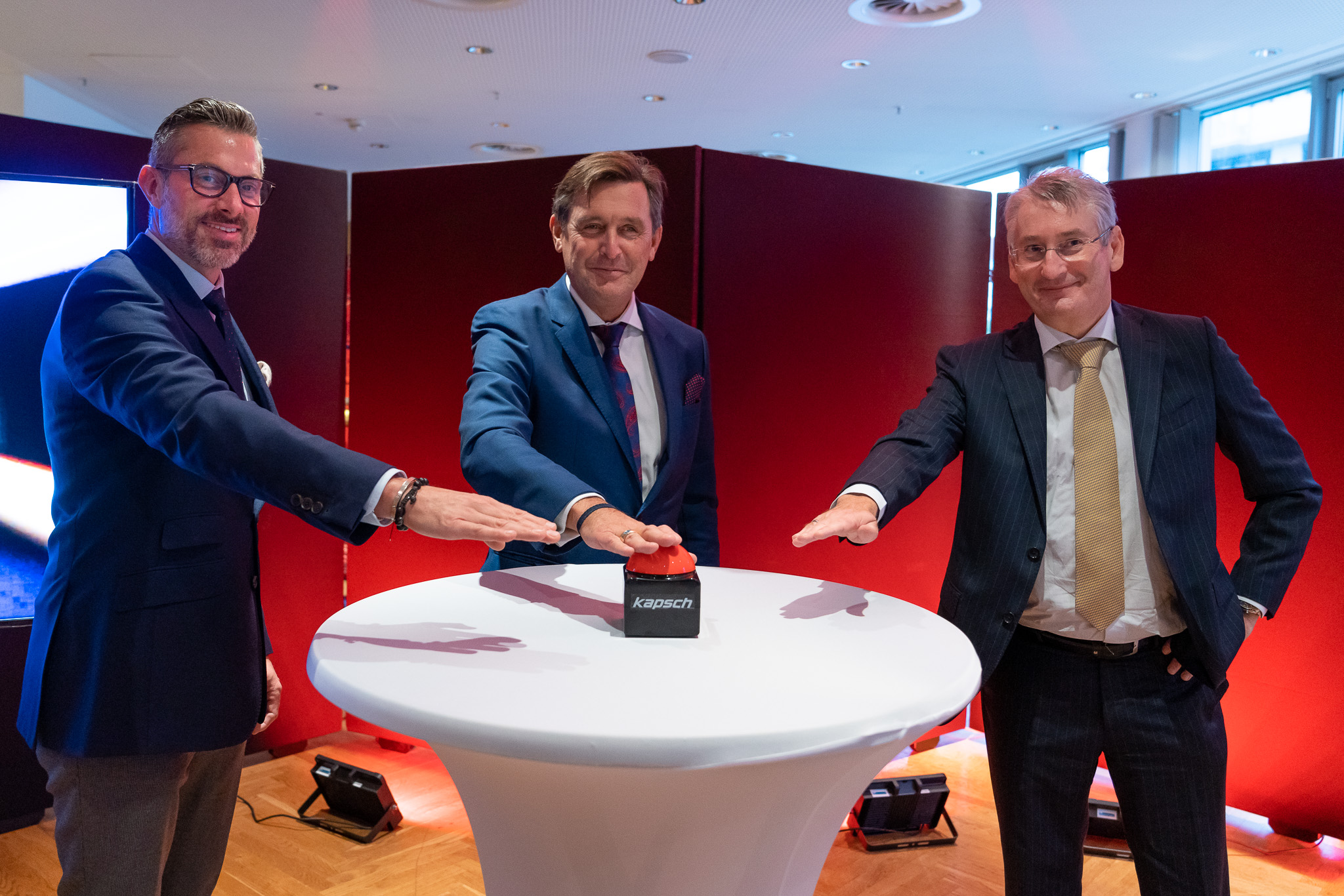 What could not be implemented in spring due to the start of the corona pandemic, was now made up for in October with increased security measures and on a small scale. Under the motto “With high-speed Internet and WIFI 6 into the future. Messe Wien Exhibition & Congress Center and Kapsch take off”, the new network was officially put into operation on 19 October. The red buzzer – marking the official start of WIFI 6 – was pressed by City Councillor Peter Hanke, Benedikt Binder-Krieglstein, CEO of Reed Exhibitions Austria and Dr. Franz Semmernegg, CEO of Kapsch BusinessCom. Benedikt Binder-Krieglstein: “The city of Vienna, Kapsch as technology partner and Reed Exhibitions have developed Messe Wien over many years into the leading venue for congresses, trade fairs and events. The installation of WIFI 6 is the next important step to further extend our lead here and to also impress our customers with our digital capabilities”.

“Digitalization breaks down boundaries and connects people with each other. Corona in particular has shown how important this breaking of boundaries is. Digital and hybrid meetings are becoming increasingly important and require more energy in the expansion of digitization. The launch of WIFI 6 at Messe Wien proves that we are not tired of investing in our digital infrastructure and thus further securing the city’s competitive advantage as well as the location. In this way, we are putting Vienna back at the top of the list of meeting capitals,” says Digitization City Councillor Peter Hanke.

“As a long-standing technology partner of Reed Exhibitions, we are pleased to be able to provide a state-of-the-art network throughout the entire area of Messe Wien with the Cisco WIFI 6 solution, thus equipping the fair technologically for the future. Kapsch can thus continue to make a significant contribution to the attractiveness of the Reed Exhibitions trade fair formats as a driver of digitalization,” says Dr. Franz Semmernegg, CEO of Kapsch BusinessCom, confidently.

The Messe Wien Exhibition & Congress Center, newly opened in 2004, offers a 73,000 m² state-of-the-art infrastructure. “Unrivalled flexibility in terms of functionality as well as modernity” describes the future-oriented venue best, as it can be tailored to the specific needs of almost any type of event. With WIFI 6, Messe Wien once again takes on a pioneering role and is the first event location in Austria to offer the latest IT infrastructure.

For all personal designations, the chosen form in execution of Art. 7 B-VG applies equally to women and men.